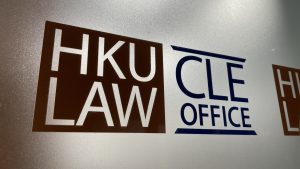 HKU Law’s Clinical Legal Education (“CLE”) team is delighted to share another successful appeal case.  The defendant was refused legal aid for his appeal against his rape conviction and a single judge of the Court of Appeal refused to grant him leave to appeal, for reason that there was no reasonably arguable ground of appeal.  The defendant and his family approached the CLE Office to seek assistance.  The CLE team considered that there was meritorious appeal ground and assisted him to obtain pro bono legal representation.  He was eventually represented pro bono by Mr Eric Cheung as solicitor advocate and Mr Gordon Chan, junior counsel and former CLE student research assistant, at his renewed application for leave to appeal before the full bench of the Court of Appeal, which eventually allowed his appeal and quashed his conviction.  The reasons for judgment of the Court of Appeal handed down on 29 July 2022 clarifies important legal principles on the admissibility of a photograph stored in a smartphone: see [2022] HKCA 1073.

This was a typical one-against-one case where the credibility of the complainant (X) and the defendant were of crucial importance.  X was an Indonesian maid who came to Hong Kong in 2017 to work for the defendant’s household.  Just 5 days into her work, X claimed that the defendant went into her room at late night and raped her.  The defence case was that nothing eventful happened that night and X had made up a false story against him because she wished to get out of her employment contract and obtain a severance payment.  Although no semen or DNA of the defendant was found on the body of X or her underwear upon examination by the government’s forensic expert, the defendant’s semen stains were found in the bedsheets and pyjamas kept by X in a plastic bag.  The defendant’s evidence was that he had had a “wet dream” and left his soiled red-chequered boxer shorts the earlier morning for X to clean, and the defence case was that X had taken advantage of the situation to wet and rub the semen from his boxer shorts onto those items.  X denied the defendant’s claim, and testified that she saw the boxer shorts left on the rim of a laundry basket for the first time after the alleged rape and that she had never handled or moved it.  However, the defence team inspected X’s phone kept by the police before the trial and found a photo of the boxer shorts lying on top of a computer keyboard in the photo gallery of X’s phone.  The defence team then sought to adduce this photo at trial to show that X had lied and fabricated the case.

However, the trial judge disallowed defence counsel to adduce the photo before the jury when cross-examining X or to make any references to it which might enable the jury to know of the existence of the photo on X’s phone, for reason that the defence failed to engage an expert to satisfy the statutory requirements under section 22A of the Evidence Ordinance and could not prove whether it was X who took or sent out the photo.  As a result, the jury convicted the defendant without knowing that X had such a special photo of the boxer shorts on her phone and without considering how this might affect their assessment of the truthfulness of X’s evidence that she had never touched the boxer shorts.

In order to further verify the situation, the appeal team made special arrangements before the appeal hearing to inspect X’s phone kept by the police.  Upon meticulous examination of X’s phone at the police station, junior counsel Mr Chan discovered from the file system of X’s phone that a copy of the photo was actually stored in the WhatsApp “sent folder”, therefore suggesting that the photo had been sent out via WhatsApp from X’s phone.  Armed with the new discovery, the appeal team urged the police to conduct a forensic examination on X’s phone.  In the end, the police’s Cyber Security and Technology Crime Bureau managed to retrieve the WhatsApp messages from X’s phone and confirmed that the photo was sent via WhatsApp from X’s phone to another person shortly before the arrival of the police to investigate the alleged rape that morning.  To further demonstrate how the photo was taken, the appeal team successfully obtained leave from the Court of Appeal to admit fresh affirmation evidence of the CLE research assistant Ms Jeanie Fung, who used a smartphone of a model similar to X’s phone to conduct various tests in order to show that the photo on X’s phone had been taken with the WhatsApp camera function and sent to the recipient rather than taken with the phone’s normal camera function.  Since X’s evidence had been that she was the only person using her phone that morning, the appeal team submitted that the new evidence proved that it was X who had taken the photo of the boxer shorts and sent it from her phone to another.

The Court of Appeal held that the trial judge wrongly treated the photo as inadmissible hearsay evidence and erred in preventing the defence from cross-examining X with it.  The Court of Appeal accepted the appeal team’s submissions that the photo was real evidence and the admissibility of a digital photo on one’s smartphone was no different in principle from that of a printed photo one physically possessed.  Hence there was no need to satisfy the statutory requirements under section 22A and what the defence was required to establish was that the photo was relevant to an issue at trial and prima facie authentic.  The defence was perfectly entitled to ask why a photo depicting a pair of red-chequered boxer shorts was on X’s phone; whether she had taken the photo and sent it to anyone by way of the WhatsApp messaging system; when she had sent it; and why.  The Court of Appeal quashed the conviction as being unsafe and unsatisfactory because the defence was wrongly prevented from adducing a vital piece of admissible evidence to challenge X’s credibility and from presenting his case fully and fairly before the jury.

The CLE team is glad to see that through this appeal some important but easily misunderstood legal principles concerning the admissibility of digital evidence have been clarified by the Court of Appeal, which also gives useful guidance and a reminder on what a trial judge should do in order to ensure a fair trial.

About Clinical Legal Education at HKU

The CLE Programme was launched in January 2010 as the first and only live-client clinical legal education programme in Hong Kong.  We run a Free Legal Advice Scheme (“FLAS”) on HKU Campus under the Duty Lawyer Service, offering free preliminary legal advice to members of the public facing legal problems involving the laws of Hong Kong.  The CLE team also assists clients in their applications for legal aid for the purpose of pursuing their criminal appeals, and in exceptional cases assists in arranging pro bono legal representation.

Despite the high operating costs of the CLE Programme, the Faculty is committed to providing quality experiential learning for its law students across all years, from gaining exposure through court attendance at criminal appeal hearings to developing practical lawyering skills through interviewing real clients and conducting legal research under the supervision of CLE teachers and qualified lawyers.